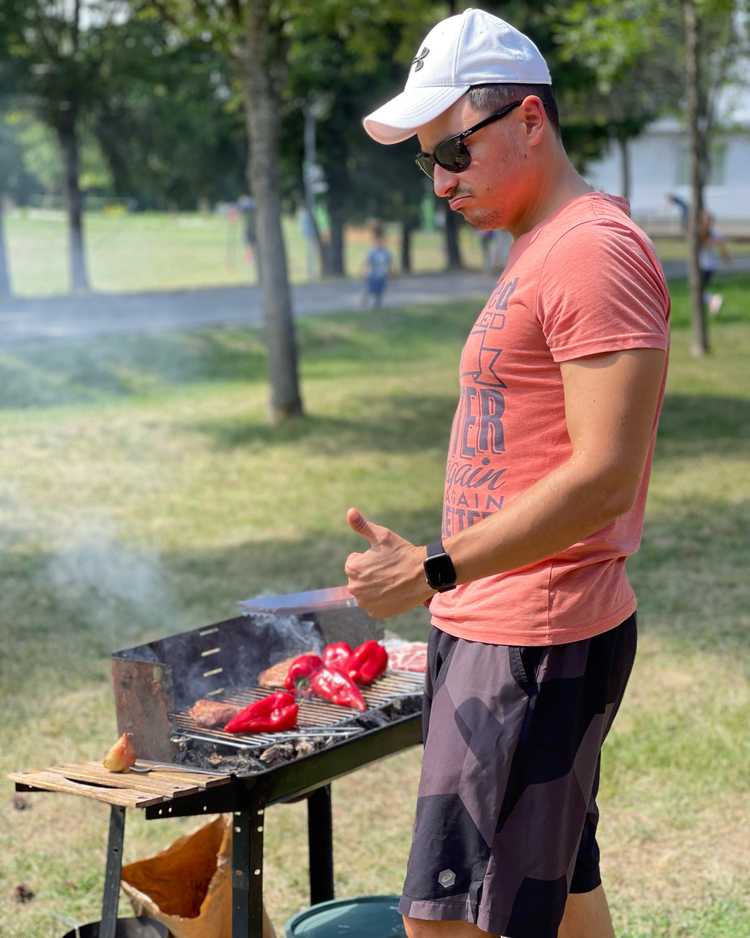 Why did you join ST6?

At the beginning of my career, I was as eager to learn and grow professionally as a junior in the field can be. Surprise, surprise :). It was 2017 at my previous workplace when I was fortunate enough to work with Niki Valchev. He was THE right software craftsman for that job! Thanks to him, I was able to learn and grow at the pace I was striving for. But this isn't the best part. The whole process was what I appreciated the most. We had regular sync meetings, we were open, honest, and direct with each other. The only motivation behind this was the common goal—to do things better as a team and help each other grow professionally. Later that year ST6 was founded by his former colleagues. They played a vital role in his career growth. Niki was offered to join as one of the first ST6ers, and so he did. I was both happy for him and a little sad that the role model I had was leaving.

Before he left, he told me: "Get your sh*t together and sooner rather than later, you'll be the ST6er we would love to have on board". We stayed in touch and he told me a lot of intriguing things about ST6—top-notch software craftsmen to learn from, no bosses, transparent salaries, etc. It sounded like a nice place to be. Fast-forward to 2019 and I started my journey with one of the best software craftsmen out there, in a very promising environment that seemed aligned with my beliefs and values. Sounds like it's all rainbows and sunshine, but it's not. It's more like "tough love" :). Why? Keep reading.

What do you like most about working at the organization?

There are plenty of role models within the organization that I can learn from. Having many smart and highly opinionated people on all varieties of topics has a downside, though. Knowing when to keep your opinion to yourself is a vital skill that some of us (well, most of us ¯\_(ツ)_/¯) need to master. Combine this with the radically transparent culture we have and the challenge becomes even bigger. It's not easy, but it's worth it. This is where the "tough love" part comes but also where the growth happens.

The freedom to do what I'm passionate about

At least in the context of the organization, of course. We all have a profession, but everyone has other superpowers too. Besides my interest in the software field, I'm also interested in psychology and neuroscience. That's why I'm part of our Recruiting circle. Now you might be like: "So, you're a software craftsman and an HR?!". 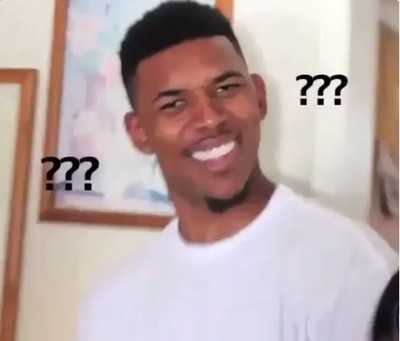 Well, I'm not. I only work on tasks I can bring value to, like our careers page, for example. Two years ago there were only 3 job offers—no more, no less. As a typical software craftsman, I started with research about what a good careers page is supposed to look like. And here we are with two more sections—"What drives us" and "Our perks". Leading a similar effort end-to-end and looking back once it's done, feels pretty damn satisfying :). Thank you, Fatme and Iva, for giving me a hand with this effort!
Of course, all of this doesn't play well when it's rough and tough with deadlines looming over our heads in the project. In such cases, you have to act accordingly. For example, we had an important release coming and I left the Recruiting circle for a while, so I could entirely focus on the upcoming release. A few months later, once I had pulled myself together and felt ready to contribute again, I returned back to the Recruiting circle.

The challenges, both professional and personal

I took part in several projects. Most of them were built from the ground up and some were a full rewrite plus additional features. My contribution is mostly on the front end, but I don't mind getting my hands dirty with infrastructure or backend tasks.

The personal challenges come in different shapes and frameworks. The one I've tried and would recommend is the "immunity to change map". TL;DR; it's a tool to help you overcome and change behaviors that go against who you want to be. It helped me overcome the defensive mode I used to dive in, when faced with an opposing point of view or some feedback that I had received.

Like the one from the cover photo. Adds +5 authenticity to the blogpost, doesn't it? 😃

What would you say are some of the biggest challenges you face at ST6?

Show the best meme you have in your phone 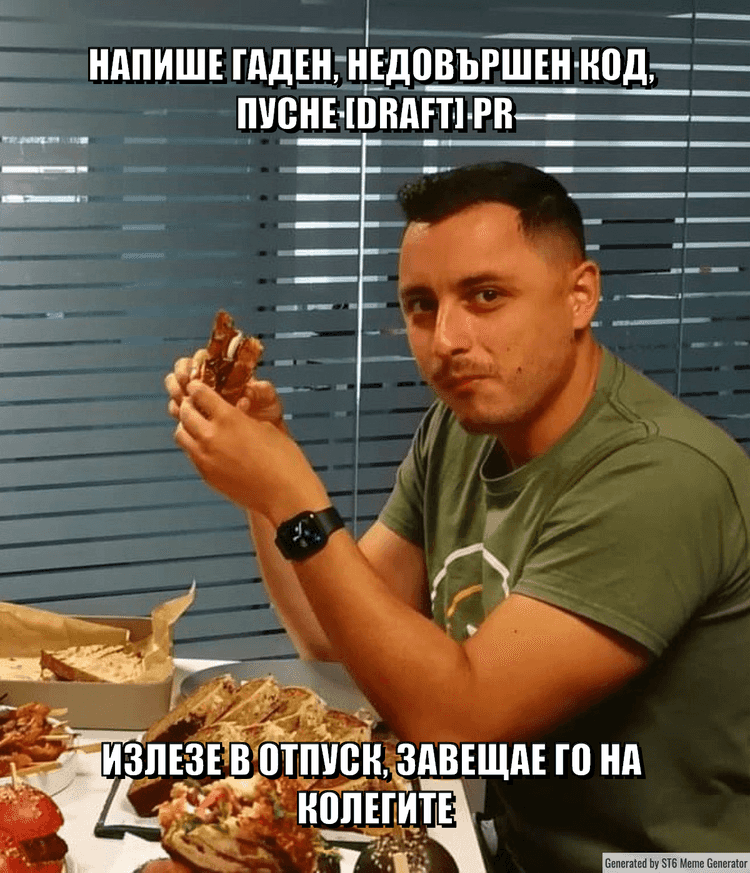 Check our careers page, join the ST6 team, and bring your whole self!

Iliyan is a firm believer that the whole (i.e., the team) is greater than the sum of its parts. Passionate about new technologies (SpaceX, anyone?), psychology, and neuroscience, he is always seeking for the "how" and "why" of things. 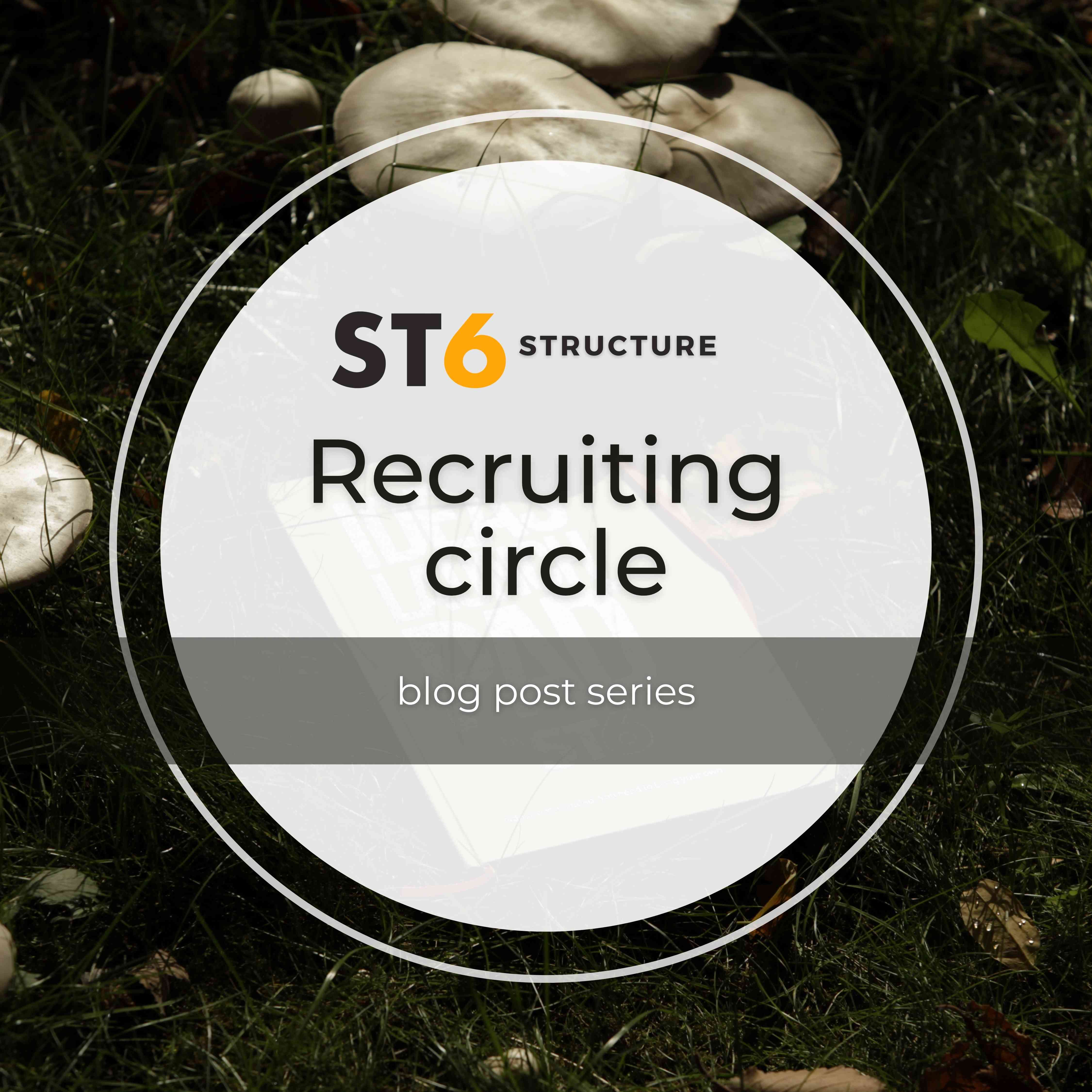 ORGANIZATIONS OF THE FUTURE - ST6 Structure - Recruiting circleAugust 18, 2021
next post
Introducing Our NON-Q and Monthly GatheringsJuly 11, 2022 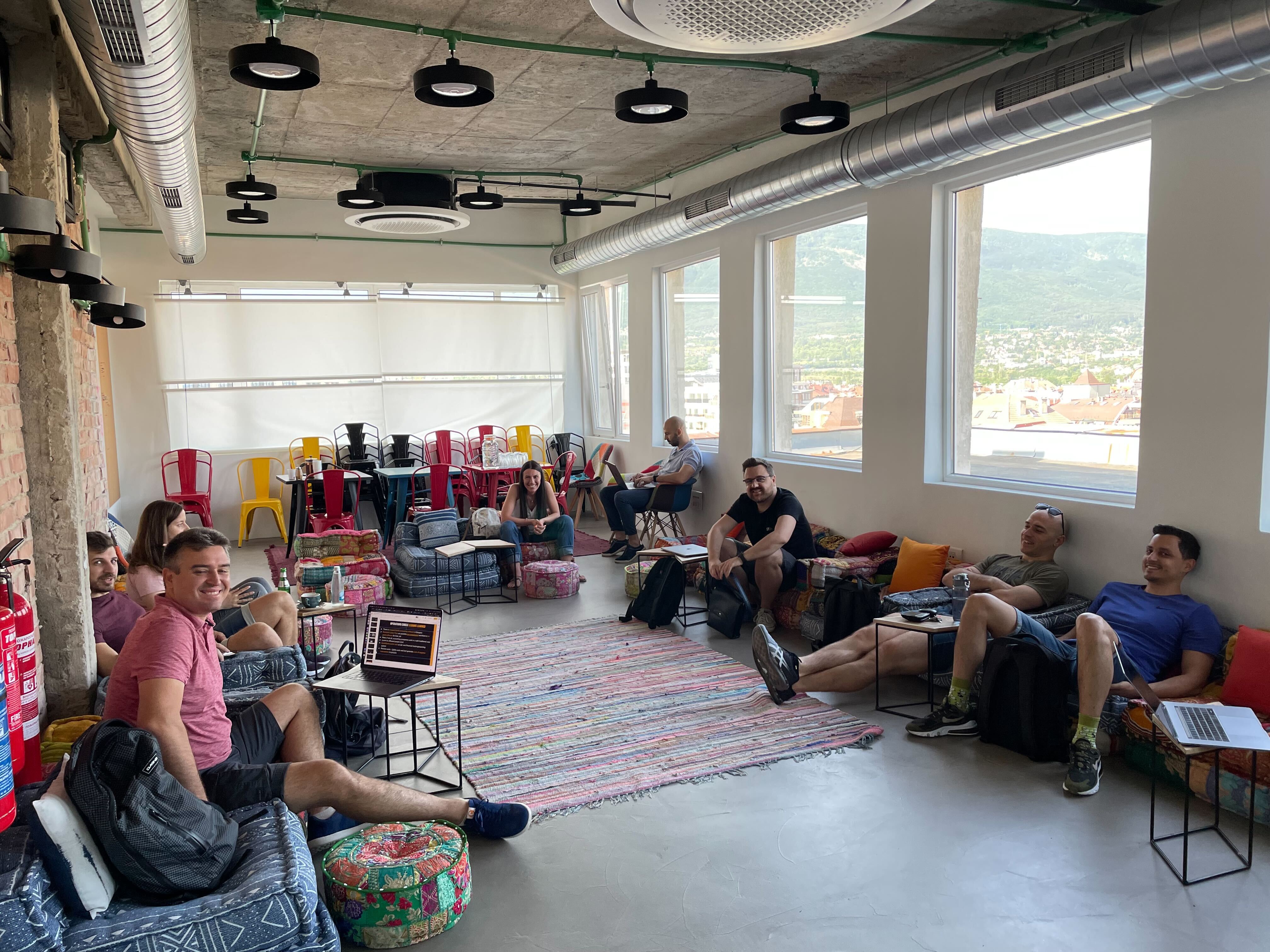